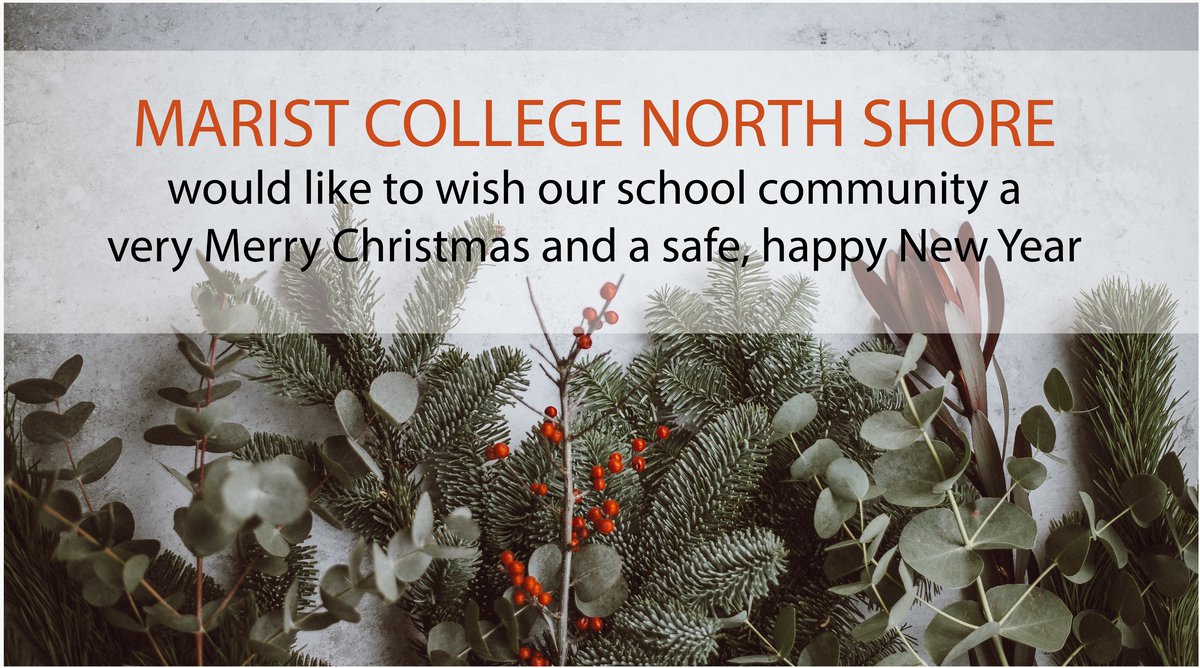 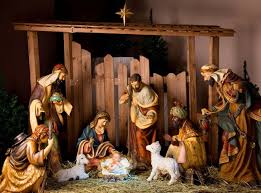 Our staff prayer for Monday morning was our singing Away In A Manger. Listening to the voices at 8.20 am dealing with this most famous of Christmas carols was nothing short of inspiring.

Away in a manger, no crib for His bed
The little Lord Jesus laid down His sweet head
The stars in the bright sky looked down where He lay
The little Lord Jesus asleep on the hay.
The cattle are lowing, the poor Baby wakes
But little Lord Jesus, no crying He makes
I love Thee, Lord Jesus! Look down from the night sky
And stay by my side till morning is nigh.
Be near me, Lord Jesus; I ask Thee to stay
Close by me forever, and love me I pray
Bless all the dear children in Thy tender care
And take us to Heaven to live with Thee there.

Stage 2 Water Restrictions - Help Break the Drought.
St John's Parish School Trangie NSW is inviting all Australians to stop and dance in the workplace, at school, at the supermarket, on the street, at home at the airport, on the waves, at the beach, on the farm. In their words 'Come on let's do it, bust a move and help to #bustthedust'.Just sharing this link so you can all dance on Friday to help break the drought: https://www.facebook.com/RuralAidAustralia/videos/759832617854339?vh=e&d=n&sfns=mo

Have you got your bucket under the shower yet?

Marist Catholic College North Shore New Uniform
We have now received the first version of the new uniform for the Kindergarten to Year 12 College which is to commence in 2021. We are in the consultation phase of this project. On Tuesday afternoon we invited all interested to view and comment on the proposed uniforms in the College Hall. Some parents have already proposed a number of changes. Please take this opportunity to have a say.

Staff Changes for 2020
Each year we have staff move on for a variety of reasons. This year is no different. It is always difficult to say goodbye to our colleagues/teachers who have been at the College for some period of time.

Some of these teachers have been here for years and have been exemplary teachers. Others, also good teachers, have been here this year only on temporary contracts. We wish each of our colleagues every blessing as they move on to their next opportunity in life.

This is our final High Notes for 2019. I wish each of you every blessing over the Christmas season. I pray our time with family will be rewarding and peaceful!

From the Assistant Principal

The University of Sydney has a wide range of courses running to support students in Years 10 -12. The link below will provide interested parents and students with the courses available.

As the long summer break is upon us, there are a number of things parents should be aware of in regards to what is happening socially for their sons. Over the past two weeks, I have had the opportunity to speak on multiple occasions with the North Sydney/Chatswood police around what students in the area are getting involved in when not at school. Parents need to be aware of the following:

Drug use in the area is increasing according to the police. As much as we may try to protect our children from drugs, they are a very real element in many students' lives. Whether they are taking them, selling them or just around them or knowing who is taking and selling them, our boys are exposed to drugs outside of school. Students are well educated on the drugs available to them and the effects of these drugs on their bodies should they take them however, peer pressure is a real thing. In order to protect your sons over the summer period, here are a few things you can do:

Helplines in the holidays:

On Tuesday 26 November 2019 the Year 11 Drama class set off to the Roslyn Packer Theatre at Walsh Bay to see the much anticipated black comedy play, The Beauty Queen of Leenane by Irish playwright, Martin McDonagh.

Prior to the performance students were privileged to meet the director, Paige Rattray, who gave a 45-minute lecture and discussion about the play and McDonagh's body of work, style and message.

Students learnt a great deal from this as it clearly articulated the context of the play, the directorial concept and how all the components of theatre work together to create a stage play.

The play was exciting to watch as students were able to see the fine work of actors; Noni Hazelhurst and Yael Stone supported by Hamish Michael and Shiv Palekar.

Having spent the term studying The Lieutenant of Inishmore by Martin McDonagh and Homecoming by Harold Pinter this performance was an opportunity for students to see a black comedy play in action.

Students were able to anaylse the delivery of lines, physicality, characterisation, voice, and accent and how this was all realised on stage through sensitive, controlled, performance. Ultimately students were able to develop an understanding of how this affected the audience and their response. Something that is integral to an understanding of HSC Drama. Your audience is everything.

The set was evocative and the costumes firmly placed the action in the 1990âs Ireland. We laughed, gasped, screamed and thoroughly enjoyed the adventure ride of the characters' emotions of feeling trapped in a small town, still at home at 40 years of age, the torment of being a carer and as well as being cared for and the missed opportunities that are irrevocable.

The vulnerability of the characters resonated with us and the audience and it was so refreshing to see a play written for women in the middle and at the end of their life and still be incredibly relevant to a young audience.

The day was completed with a half-hour Q & A with the actors which were enlightening and inspirational.

Year 11 and I thoroughly recommend this play. It will be in theatres till 21st December at the Sydney Theatre Company.

What lessons can we learn from studying the great writers of the 20th century?
Henry Truda, Montagne 6 compiled this list. In the last few weeks, we have been working with Ms. Talwar to improve and extend our literacy skills.

We read stories with different perspectives, discussed Aboriginal context and learnt the skills of reading between and beyond the lines. Making inferences is a skill that we learnt and practiced while doing a Personal project about a text. These sessions have helped us discuss, understand and use sophisticated vocabulary so we can use more meaningful words in our creative writing. The texts we read and learnt about were fun, interesting and engaging.

We would like to thank Ms Talwar for working with us and making these lessons amazing. 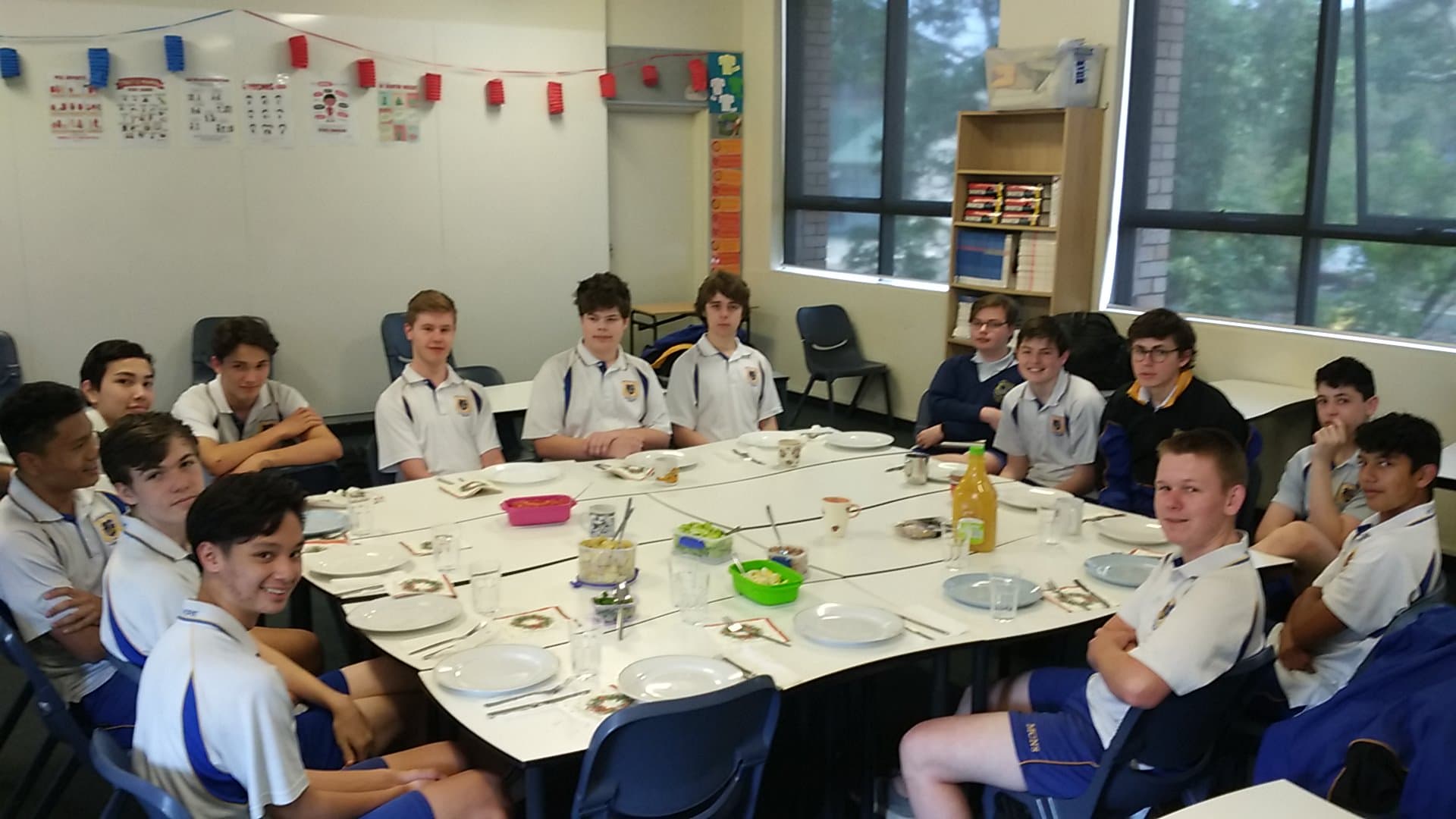 On Thursday, we had a Farewell French Lunch with Year 10 students as it was their last lesson together as a class. We had plenty of salade niรงoise to share. It's a salad from the South of France made with potatoes, hard-boiled eggs, lettuce, tomatoes, tuna, anchovies, green beans, and spring onions. It makes for a healthy agreeably colourful plate to enjoy. All ingredients were provided in separate containers to avoid cross food contamination just in case someone was allergic. Bravo to all the boys who actually tried the salad with all its ingredients, as it's usual in France to have a fair go at the food presented. It was all washed down with fruit juice, followed by chocolate crepes and Lindt chocolates. Well done on the boys who behaved so well and exhibited their absolute best table manners, waiting patiently for everyone to be served before actually starting the degustation. 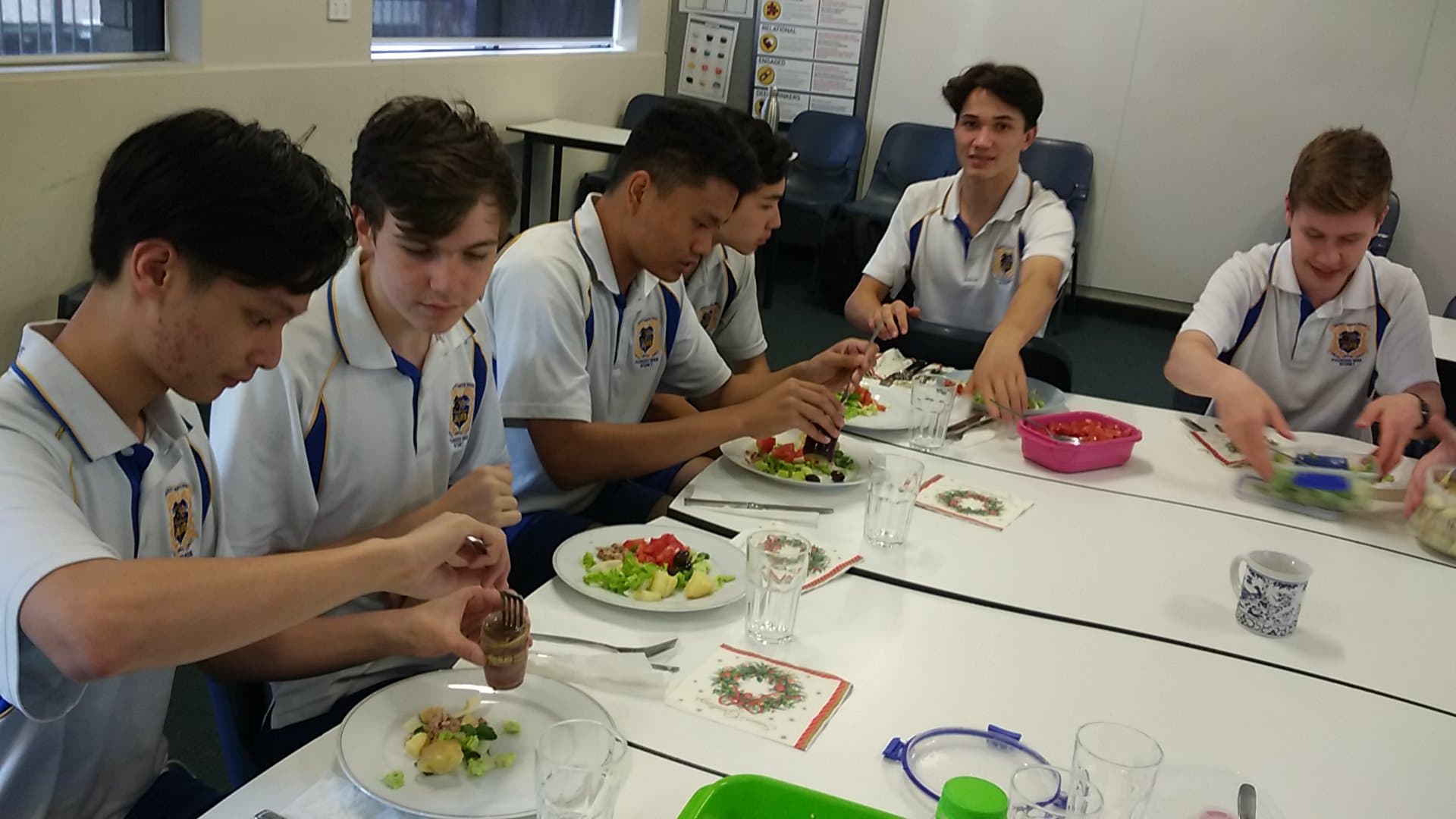 It was a real French style meal with lots of conversations around the table and was, therefore, a social moment to savour. They also all participated in setting up the table and clearing everything, including cleaning up after themselves and resetting the class afterwards. Well done to all of them this year, they have worked above and beyond and we wish them well in the future, especially to those doing Stage 6 French Continuers! 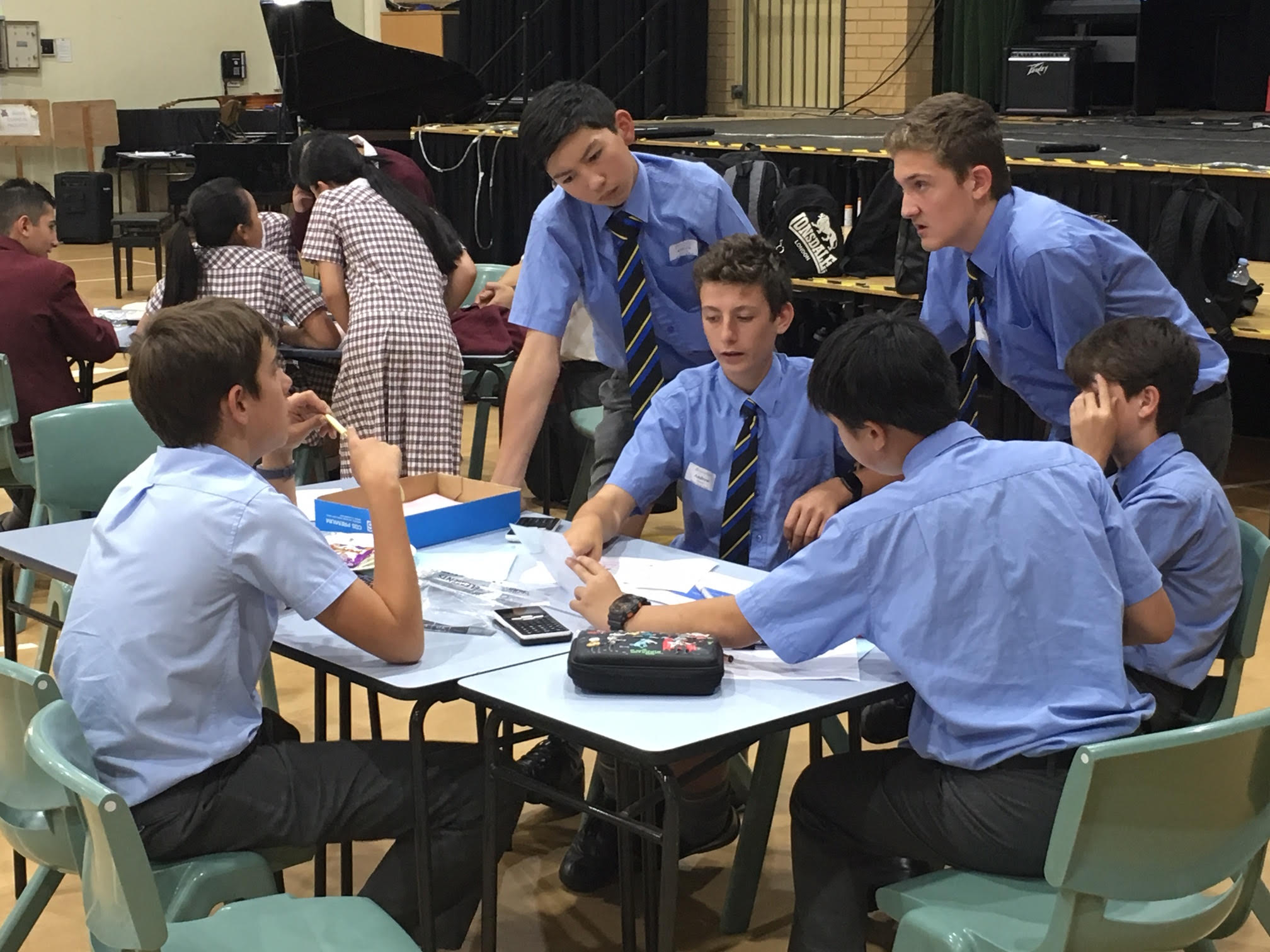 Last Friday a group of Year 7 and Year 8 students attended the Mind on Maths Challenge day at St Ursula's College in Kingsgrove. It was a Mathematics problem-solving day involving teams from various Catholic schools throughout Sydney. During the day the students were presented with a range of different mathematical challenges that they had to solve. Teamwork, problem-solving and also lateral thinking were all skills the boys had to utilise in order to complete the various challenges. The students thoroughly enjoyed themselves and we look forward to hopefully attending next year.

On Tuesday 19 November and Thursday 21 November Year 4 students from 5 primary schools visited our College to participate in a Creative and Performing Arts Enrichment Day.

Our boys were highly engaged with the activities and were exceptional leaders to their younger counterparts who appeared to be having the time of their life.

Reviews from the CASPA and primary staff about our boys was something to be very proud of, they were seen as “...enthusiastic but gentle in nature something rarely seen to that level before with helpers…”

It was duly observed from all staff how impressive our students were and what great ambassadors they were for the school.

I thank all students involved, for taking their participation seriously and empowering our young visitors to be brave enough to Dare to Be involved. You showed this through your actions and incredible dance, drama and music ability.

I acknowledge their commitment to the creative and performing arts and thank them for continuing to support our department in all that we do. 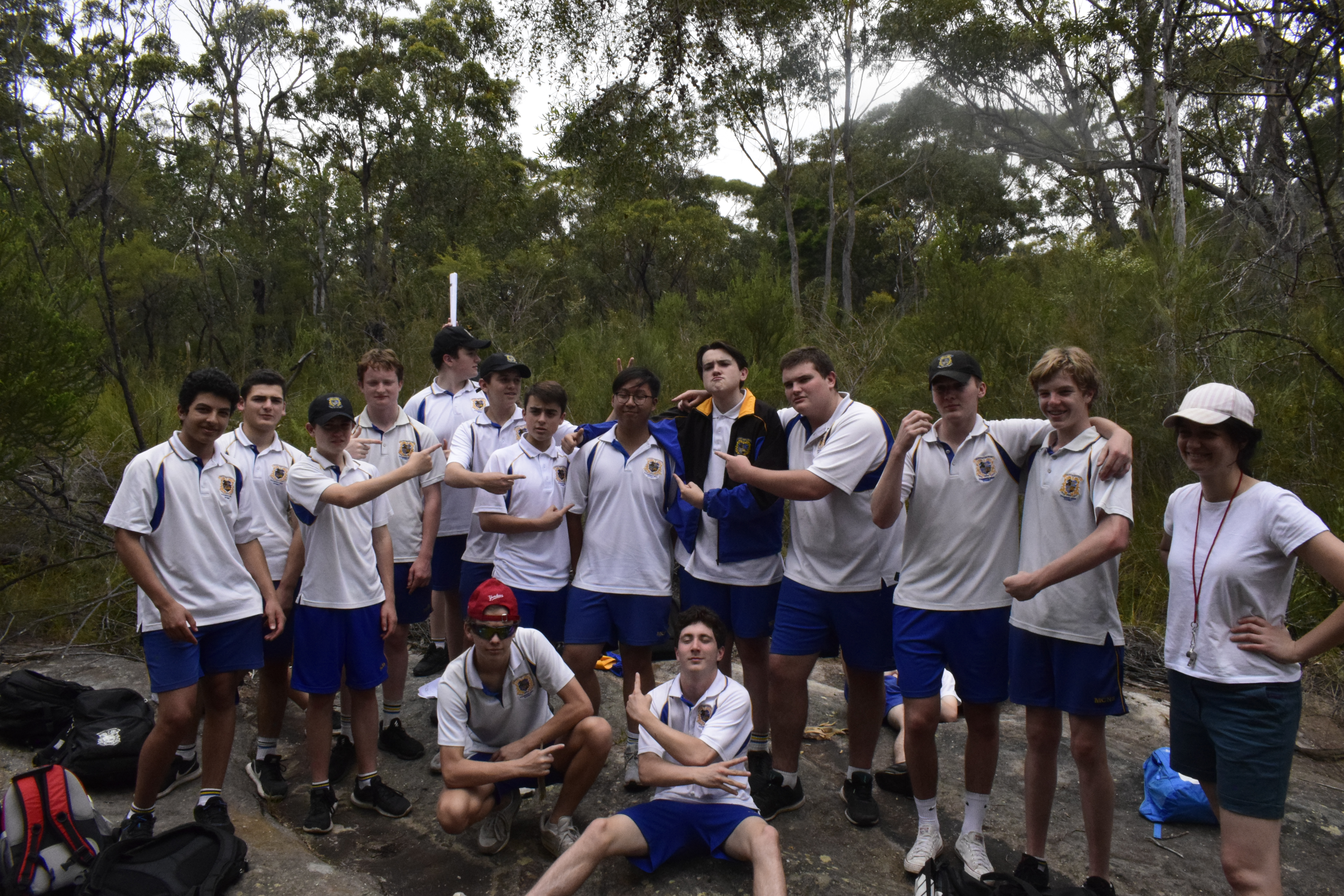 On Friday 6 December all Year 9 Science classes went on a field trip to Camp Kedron, Ingleside to study bushland ecosystems. Students had the opportunity to collect abiotic field data such as soil moisture, depth and tree height using a variety of instruments including pH kits and moisture meters. Students also collected data about the animals living in the area, including a leaf litter study in which ants, mites and beetles were identified. As well as an analysis of the quality of the water, in which students collected data about turbidity, pH and the animals living in the water. Students caught a variety of water creatures using nets and had the opportunity to hold a large crustacean. 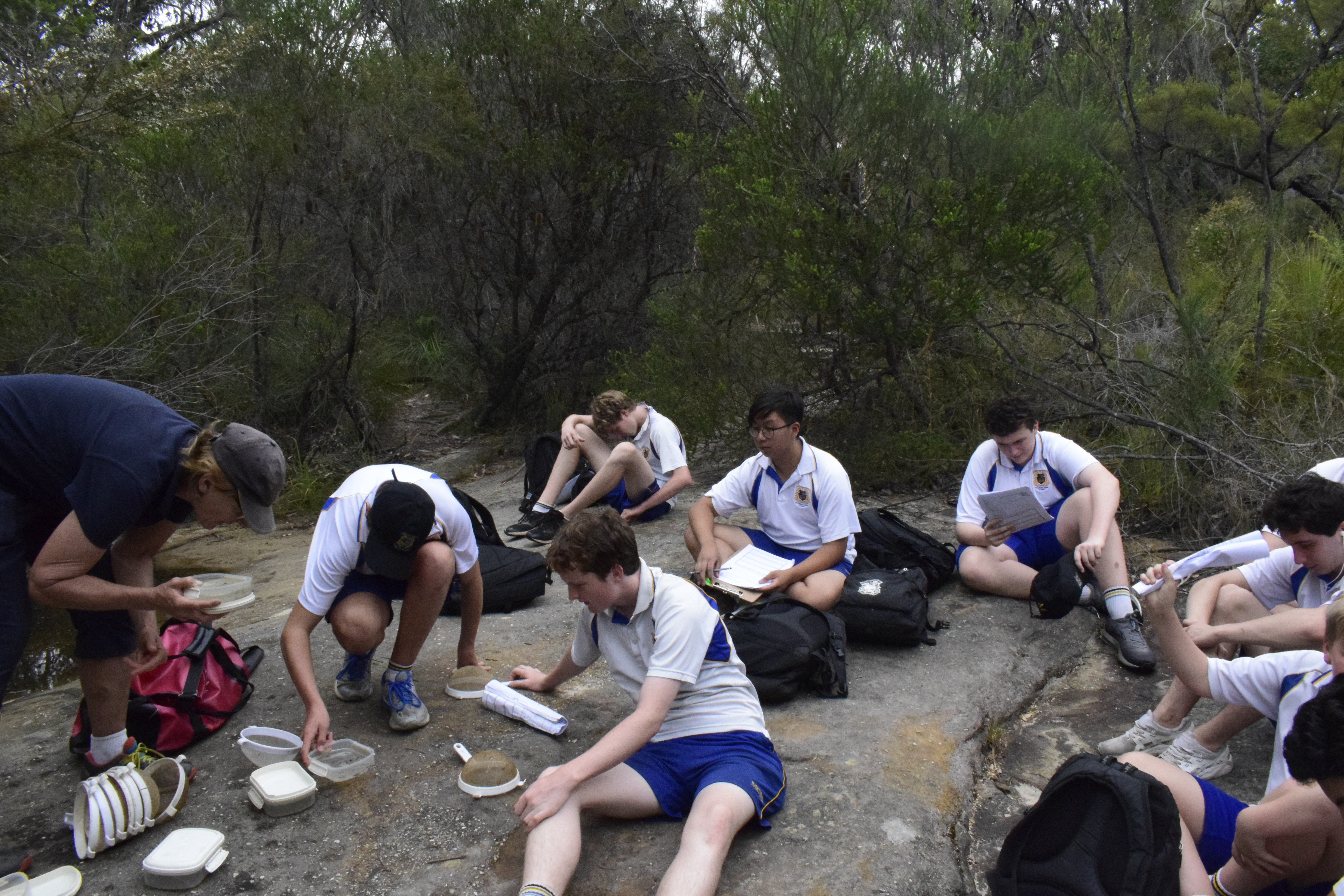 Thank you for all your donations to the St Vincent de Paul Christmas Appeal. The College and the local Vinnies Conference is very appreciative of your efforts. Attached is a letter from the Conference President explaining a little bit about where the donations go and how important your charitable support is.

Have a very blessed Christmas. 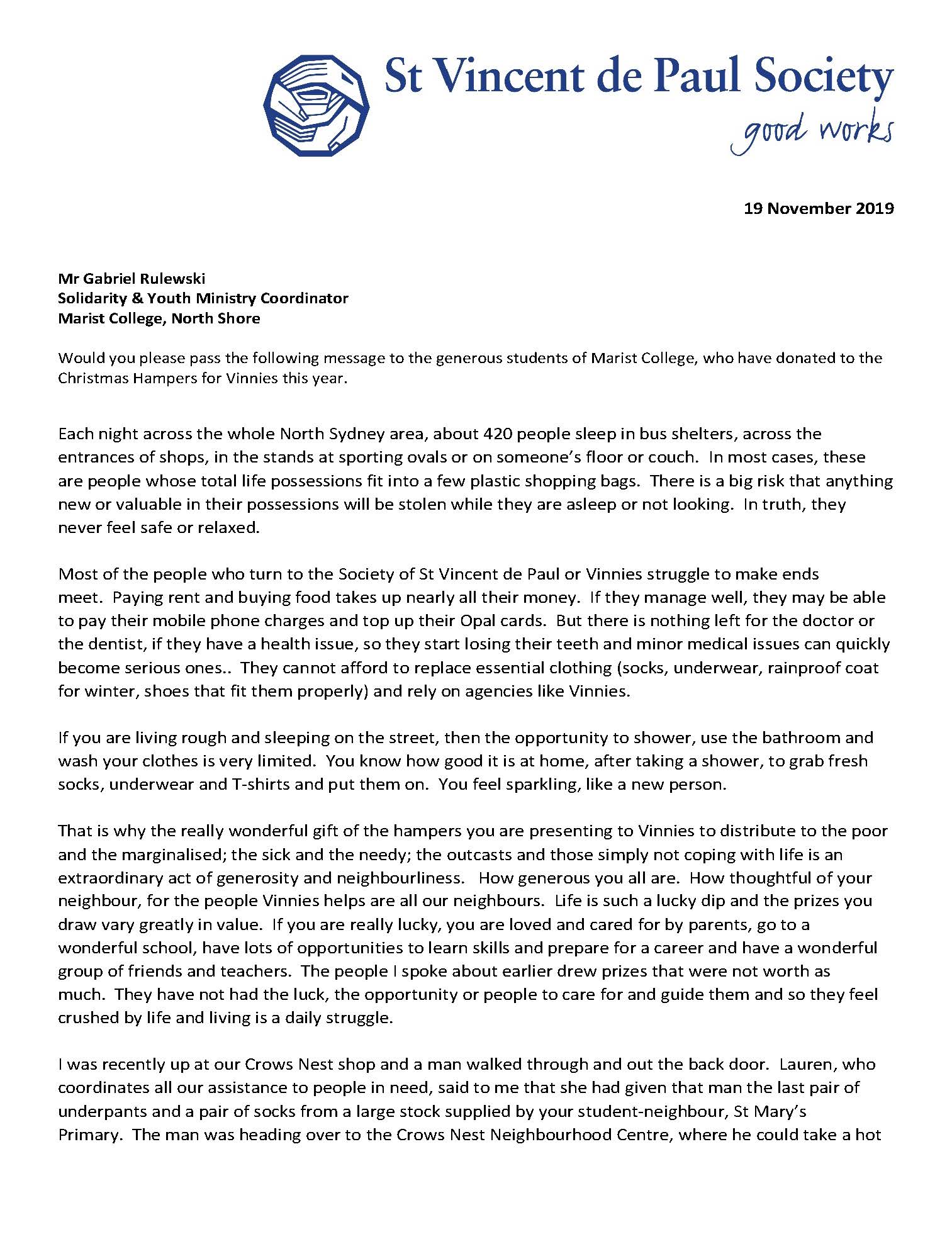 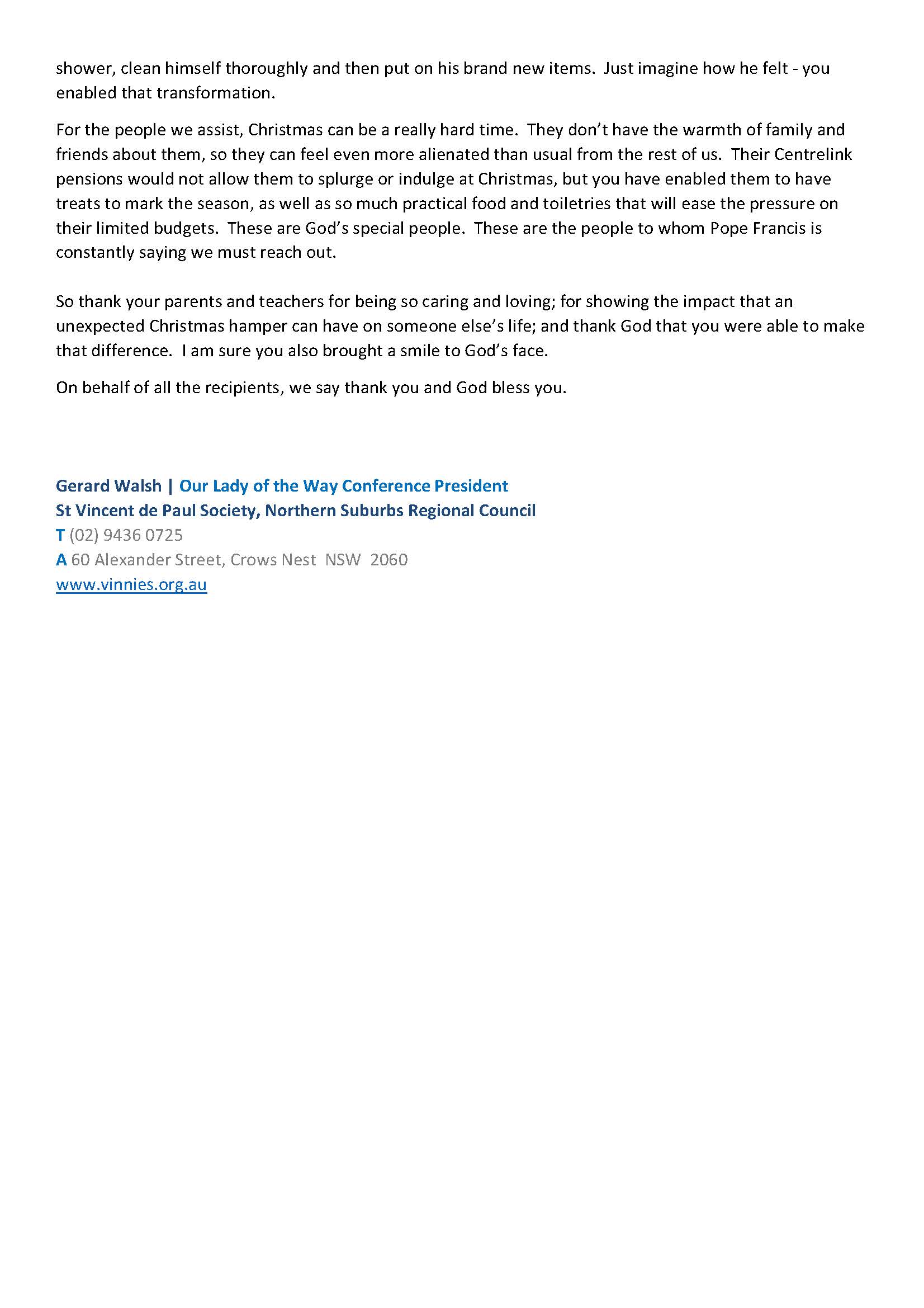 DISA - A look at learning at MCNS

Over the past 3 years the College has worked with the University of Southern Queensland on our Vision for Learning and Pedagogical Principles - Dare to Be: Challenged, Relational, Engaged, Deep Thinkers. You would be aware of this and may have read articles in High Notes and heard your son and teachers speak of it.

This survey has already been undertaken by your sons and by his teachers. We value parent input and work hard to maintain our standing in the community. If you have not already, could you please complete the survey? The results of this survey will be compared to a similar survey completed by students, staff, and parents in 2016. 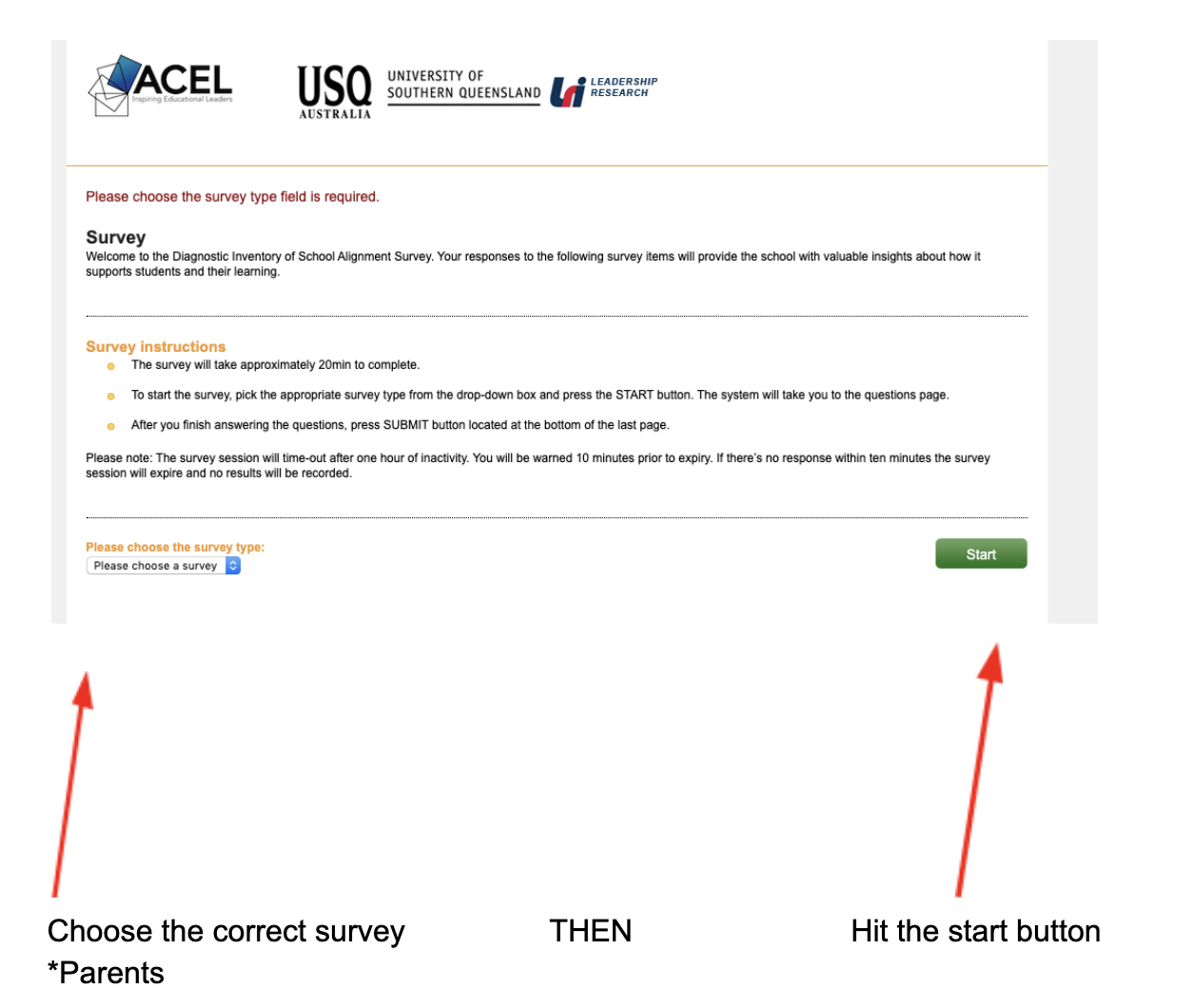 This survey will take approximately 10 minutes to complete and will be open until Friday, December 13. I will share the results early next term with parents, teachers, and students in the form of a College Report Card.

I appreciate that parents are busy. This survey will be very helpful to the College.

Thanks and best wishes for Christmas. 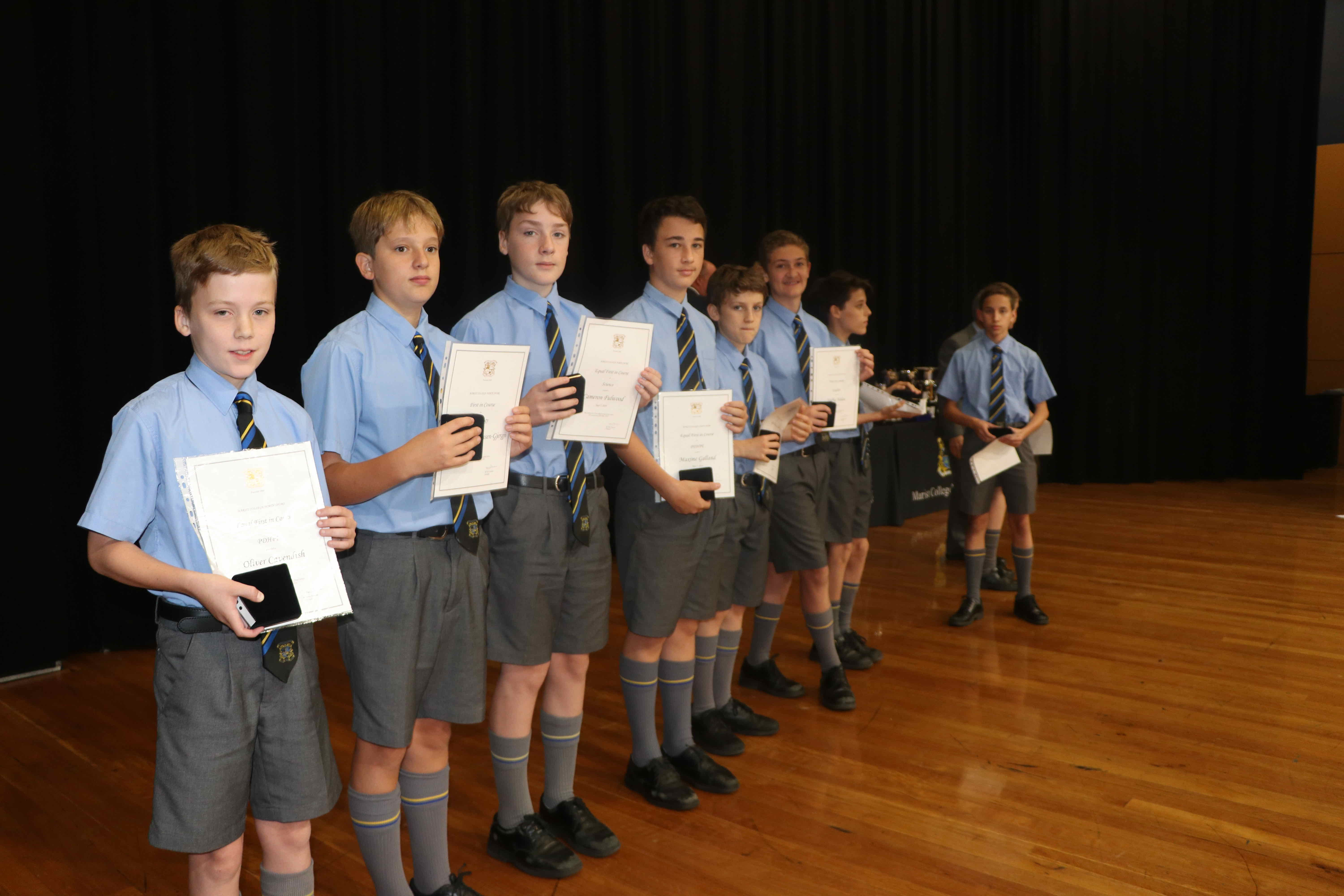 Congratulations to all the students who received an award at the 7-11 Presentation Day. This was a lovely way to finish the schooling year for 2019 and to also farewell staff who will not be returning in 2020.