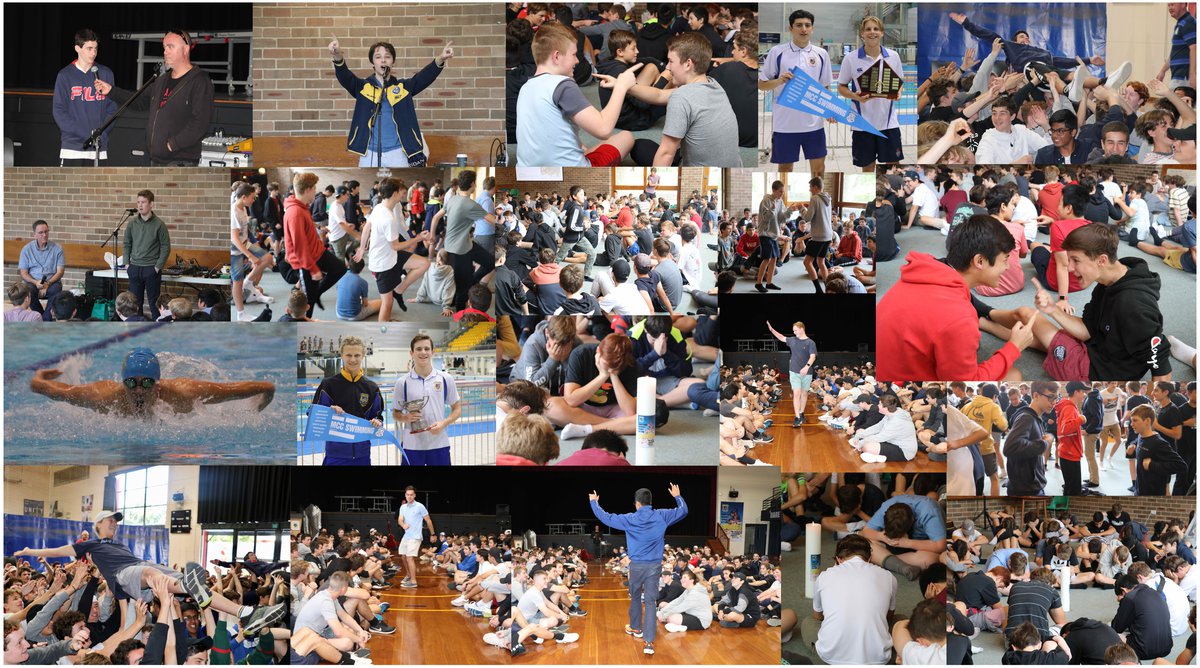 I have a letter to parents that is included in this mailing. I will now add details in this document for some of the matters raised in this letter. This is a difficult time for many in our society as plans are made for the arrival of the coronavirus (COVID-19). We must be aware of the toll this continuously negative news information and discussion is having on some in society.

Cancelling Thursday Sport for the remainder of this term:

The Berry Street Organisation have cancelled our Staff Development Days at the end of this term. We will work to re-book the staff days later in the year. The changes are:

Wednesday 8 April 2020 will be a normal school day.

Thursday 9 April (Holy Thursday) will be normal periods with boys departing at 12.10 pm.

Supervision available in the Academic Resource Centre till 2.10 pm.

Staff available will work on the software to better enable online learning.

It has been decided it is in the best interests of all to change the format for the upcoming Years 11/12 Parent Teacher Interviews. It is important parents have the opportunity to receive feedback on their son’s learning if they so wish.This is going to be a difficult process to manage for all students. Please request a 5 minute phone interview if you have serious questions about your son’s learning at this time. If you would like to request a call from your son’s teacher in any subject please complete this form by midday Tuesday next, 24 March 2020.

We will continue to document our changes and inform you each at least each week of the decisions that have now been taken.

Last week, students from Years 9 and 10 took part in their respective Reflection Days. These Reflection Days are an opportunity for the boys to stop and reflect upon their lives, their relationships with each other, their families and their God. Through a mixture of discussion, singing, and fun activities, the boys explored the themes of the day in a fun and engaging way. Below are two accounts from students on how they found their Reflection Days.

Reflection day was an amazing day for me and for all of us. At the start of reflection day, I was hanging out on the bus with my friends listening to music and going on about our day. When we got off the bus and got into the hall, we met Micheal who started a discussion on issues that we might consider as teenagers. We played an ‘agree, middle and disagree’ game on whether all catholic schools should become co-ed. I put my hand up and decided to do a speech in front of the class. On the topic of coed schools, I said that I agreed because I think that every student, of both genders, should know how to communicate well and talk to each other diplomatically. There were some questions about behaviour and respect for one another in the playground. I answered those questions and we all had a great discussion. After recess, we were assigned partners who we did not know and did some singing and dancing to many songs which was very engaging and a lot of fun. After singing and dancing, we said the reasons for why we respect certain people. I received feedback from a couple of students who respect me because I love my subjects and I am dedicated to the work. That was very nice to hear and gave me a sense of pride.

Lastly, after lunch, we were told to approach other students and either apologise to them or give them support. I received some visits which were reassuring.

After this, we got back on our assigned buses and listened to music again.

The whole day was a great experience that helped us reflect on our strengths and our challenges and helped with making better friendships and stronger bonds. I can’t wait for next year’s Reflection Day!

Last Friday, Year 10 gathered in the hall for our Reflection Day which was led by Chris Doyle. Chris was dynamic and engaging for all of Year 10, cracking jokes and mixing in music and other activities to deliver his message to us. He delivered his message in a way that drew our year group in and allowed us to connect with the mature, spiritual ideas he spoke about. The day was focused on the value of relationships, which includes all of those in our community as well as friends and family, and the day also was focused on allowing us as teenagers to appreciate life and the opportunities we have. I feel everyone in Year 10 can take away something from the day and learn about the facets of our life and how we can connect more deeply to them. The reflection day was an overall very positive experience for all of us and it was one to remember.

The National Day of Action Against Bullying and Violence

The National Day of Action against Bullying and Violence (NDA) will be held on Friday 20 March 2020.

The NDA 2020 marks the 10 year anniversary of Australia's key anti-bullying event for schools.

The NDA is a catalyst for Australian schools to take a stand together against bullying. The day brings together more than 60% of schools nationwide, involving more than two million students in finding workable solutions to address bullying and violence.

Everyone has a role to play in saying Bullying, No Way!

Statistics on bullying in schools nationally:

How can MCNS Improve?

Within our year groups:

What are we doing to show our support for this initiative?

For more information about the Bullying. No Way! Please go to their website: 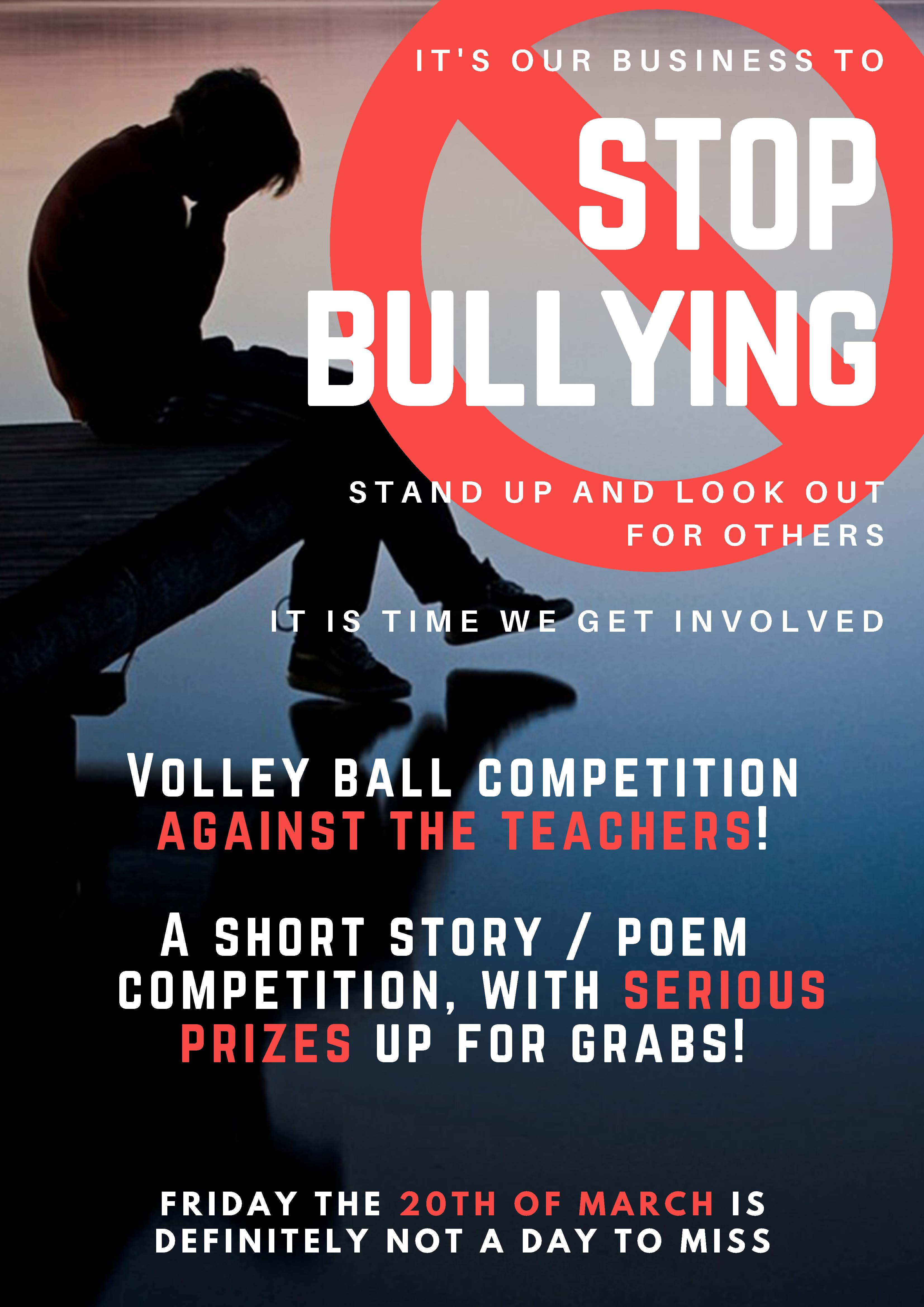 The CASPA Performance Squad expressions of interest.
Students are to register their interest to Carolyn O'Brien:Â
carolyn.obrien@syd.catholic.edu.au 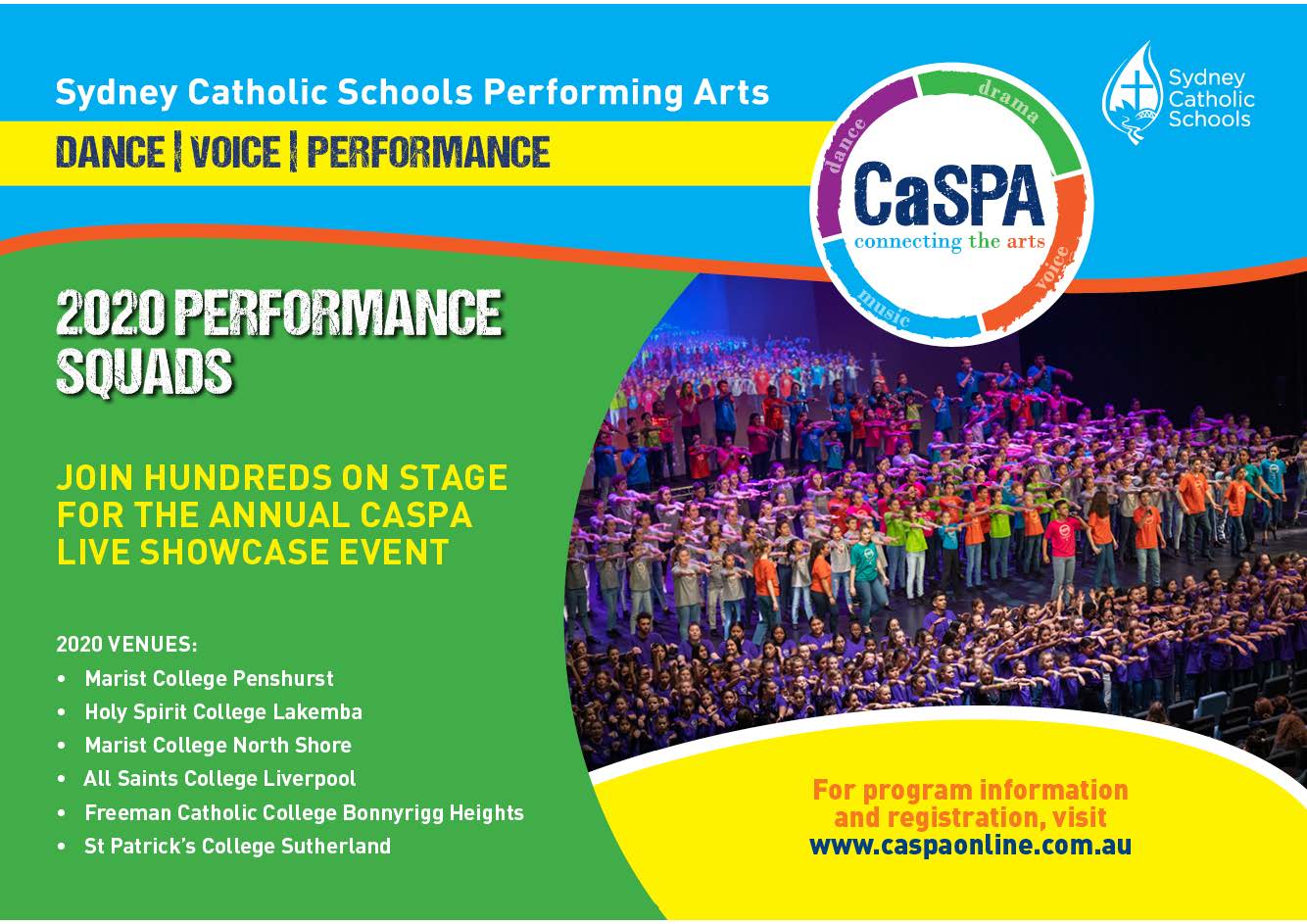 Invitation for students to join the Vocal Ensemble with our Vocal Tutor Gabby Birmingham. 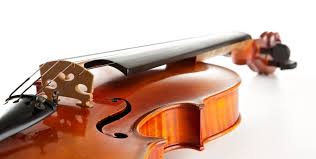 Students who are interested in participating in a string ensemble at the College are to inform Ms O'Brien at:Â
carolyn.obrien@syd.catholic.edu.au
Based on expressions of interest a String Ensemble will be arranged aligned with the Music Tuition Program.

Ash Wednesday marks the beginning of Lent. As a Catholic community we are called to interrupt the usual comforts of our lives and reflect on the ways can seek the forgiveness and mercy of God through personal sacrifice. One way the Church asks as to engage with the season of Lent is through acts of Charity and giving to those in need.

Project Compassion's annual Lenten Appeal exists for that very reason. This year the theme is "Go Further Together" which reminds us that with a spirit of Solidarity and support for each other we can achieve great things.

Throughout Lent, the College will be holding collections for Project Compassion throughout Tutor Group to help raise money which will go to supporting local initiatives in countries such as the Philippines, Malawi, India and Papua New Guinea. This initiative aims to help end poverty and promote the dignity of the poor. 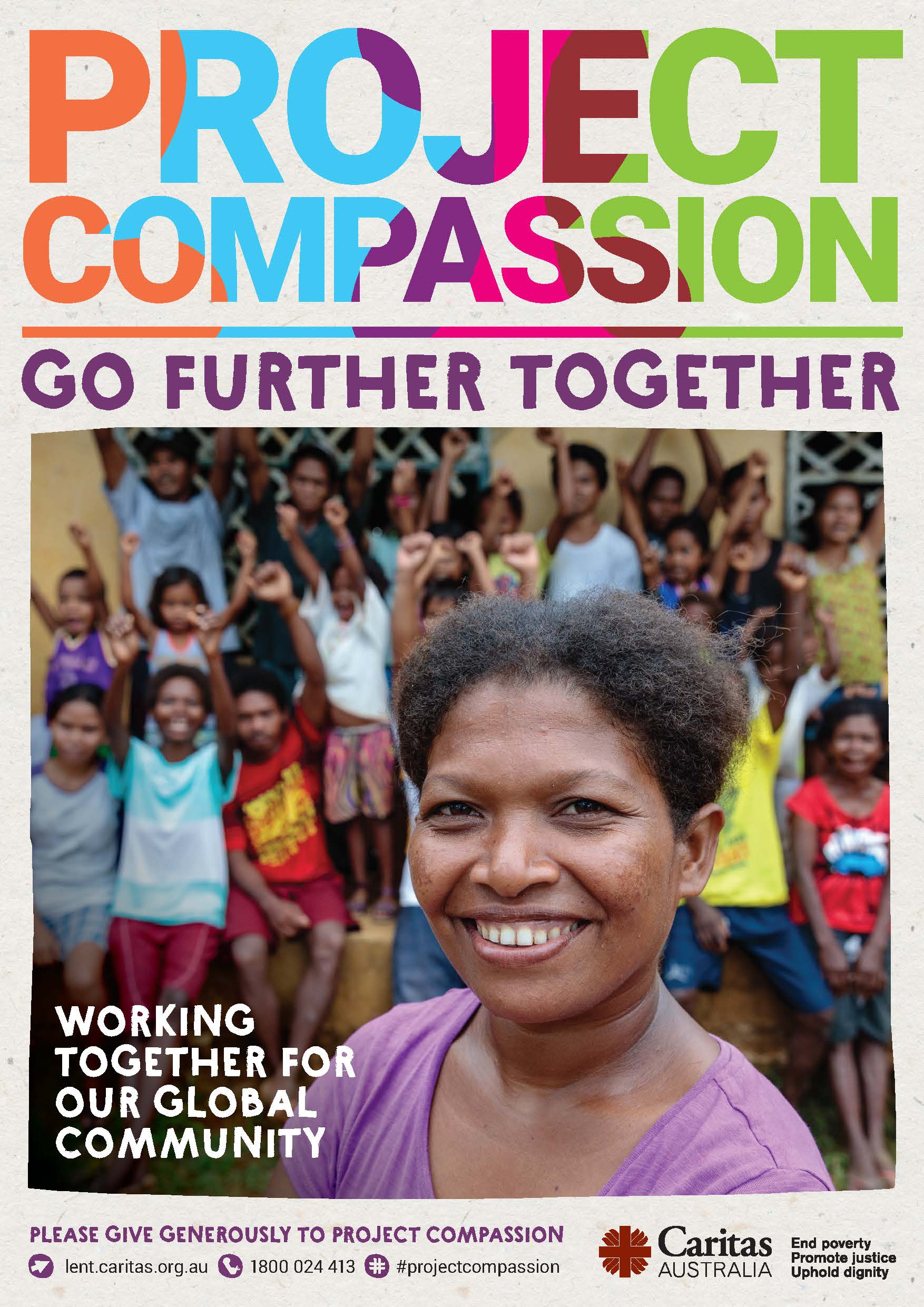 For up to date information on Career Opportunities please click here.

Students return in full winter uniform at the beginning of Term 2.  This includes the College blazer.  If you have not yet purchased a blazer the Uniform Shop is open on Wednesdays from 10 am until 2 pm. 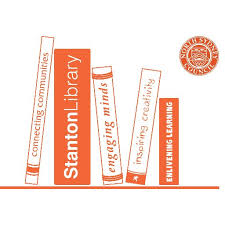 I just wanted to let you know that following the Prime Minister’s announcement this morning, the library is now subject to further restrictions – we fall under the category of “non-essential indoor gatherings”.

This means we must limit the number of people in the library at any time to 100.

I’m hoping you could get a message out to your students/parents to let them know that if they are planning to come to the library after school, it’s possible they will not be able to come in.

We will have to restrict entry in and out once we hit that number.

Hopefully, the majority of students still have the option of going home instead.

We are very conscious of educating our students in the importance of having safe practice in regard to crossing roads and walking near roads. Each day our students negotiate many roads on their way to and from school. Please ensure your child is road aware. 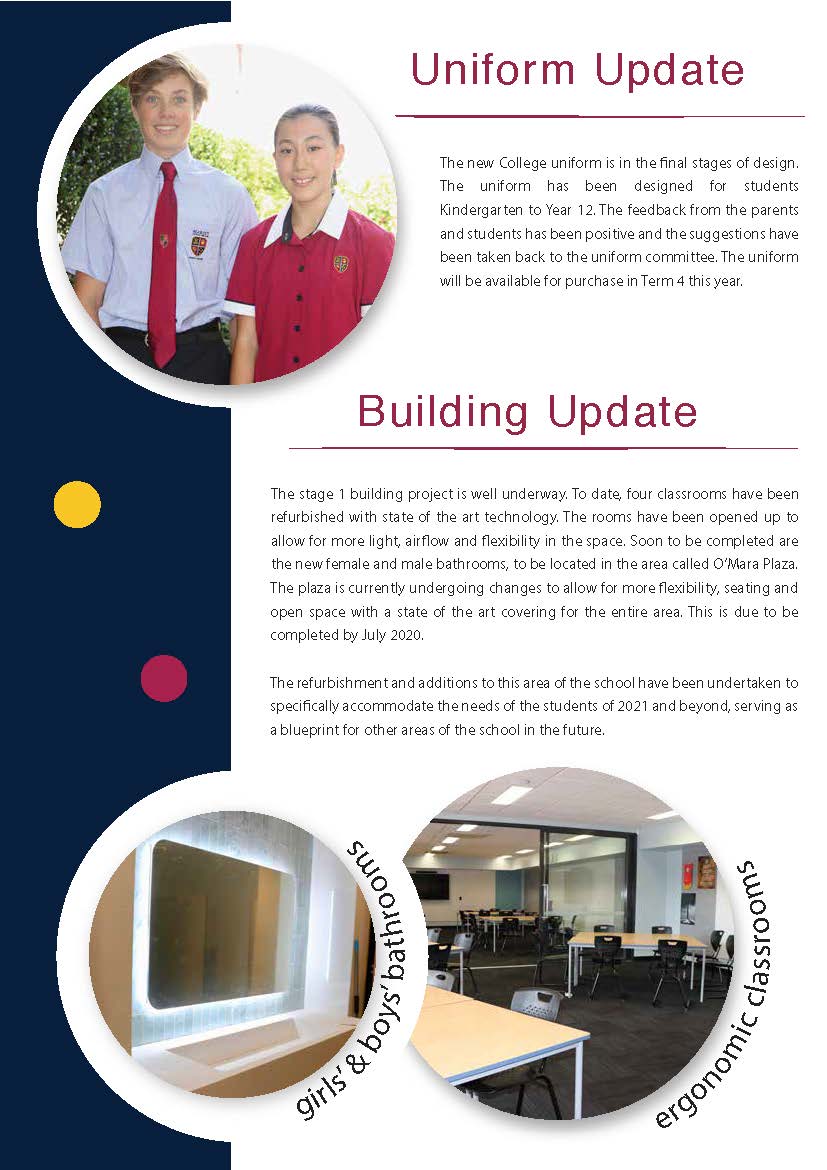 The 105th Annual MCC Swimming Carnival was held on Thursday 5 March at Sydney Olympic Park Aquatic Centre. Our Swimming Squad of 50 boys had been training for the first 5 weeks of Term 1 under the watchful eye of Ms. Oliver in preparation for the event.

As the carnival progressed it was obvious that Randwick and MCNS were going to be the top 2 schools at the end of the carnival.

At the conclusion of the carnival 5 trophies are awarded to the school that accumulates the most points in the Juvenile, Junior, Senior, Aggregate and Most Improved [the school whose point score in 2020 compared to 2019 have improved the most]

I am very pleased and proud to announce that Marist College North Shore won 2 trophies. MCNS was crowned Junior Champions [ages 15 and 16] and also Most Improved School, while finishing 2nd in the Juvenile, Senior and Aggregate divisions.

The following boys won races at the carnival:

Congratulations to both boys on this outstanding result.

As the College has decided to cancel the Year 7 Study Skills Evening due to concerns around public gatherings during the Coronavirus (COVID-19) pandemic, we have instead arranged for you to be able to access a filmed version of the study skills presentation online in the comfort of your own home anytime during the 2 weeks access period beginning Friday 27 March and ending on Friday 10 April 2020. We did not want you and your child to miss out on this valuable learning experience. Now that the students have settled into high school, it is time to fine-tune, assess and adjust as needed their approach to their learning with tips and techniques from the study skills expert, Dr Prue Salter.

Ideally, it is best that you watch these videos together with your child, just like you would if you attended the Study Skills Seminar in person. The Study Skills Seminar has been broken down into bite-sized chunks so if you do not have time to do it all in one go, you can work through the session at your own pace. You can also go back and watch again any of the videos during the 2 week period. The video page will prompt you to download the workbook for the session and will show you at the end where you can then access all the slides from the session that are shown in the video.

A letter to all Year 7 parents will outline how to access the video and accompanying workbook on Wednesday 25 March.

Thank you for your understanding.